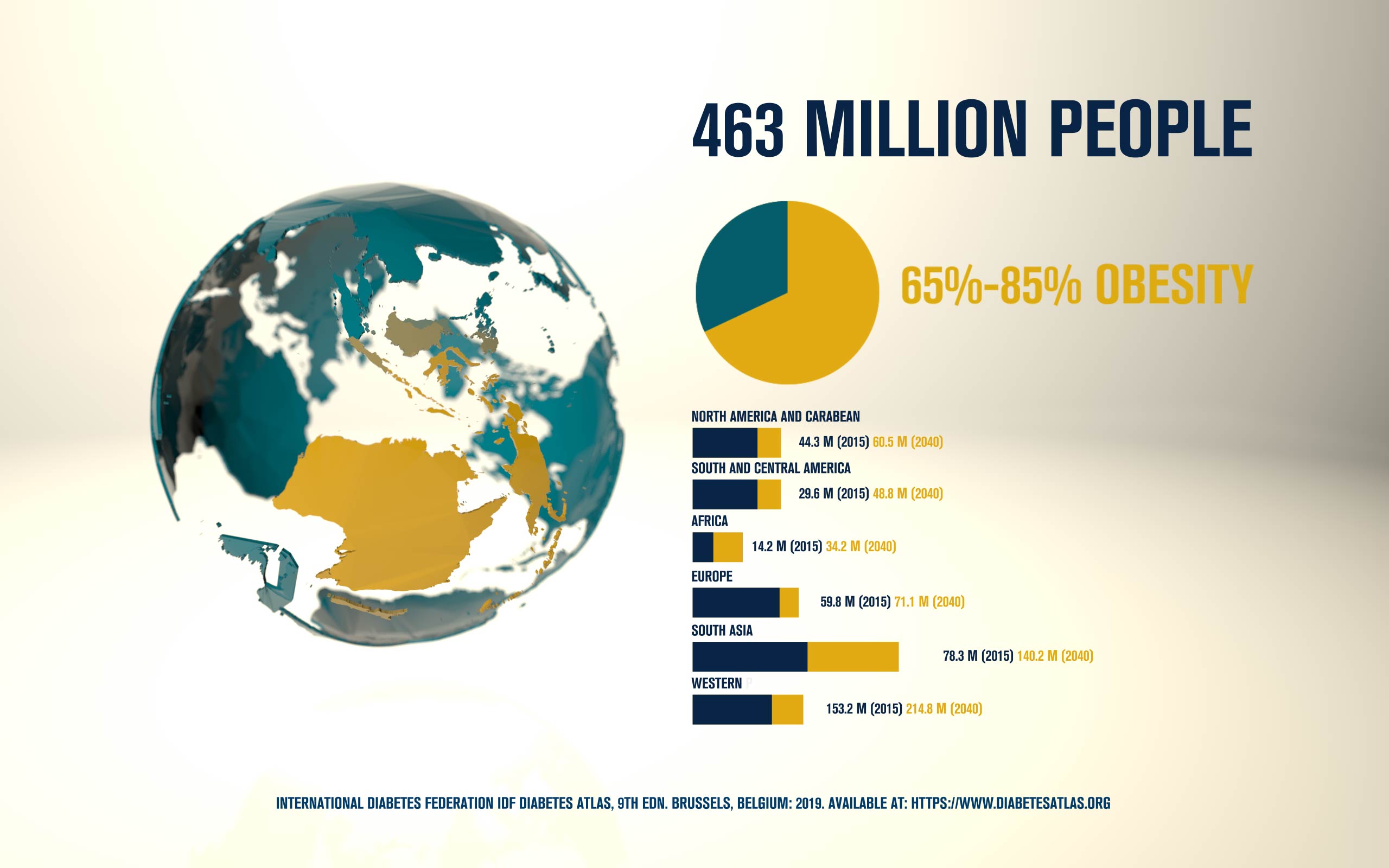 According to the International Diabetes Federation, 463 million people are living with diabetes. Obesitycontributes to 65-80% of new cases of type 2 diabetes (T2D). T2D is a complex metabolic disorder, the pathogenesis of which is not understood. Impaired insulin sensitivity, hyperglucagonemia, endogenous glucose production (EGP), and islet cell dysfunction are major traits of the disease, but the sequence of events leading to diabetes is much more complex than we expected. For decades, the mechanisms by which nutrients stimulate insulin secretion have been studied extensively, whilst the neighboring alpha cells (which secrete glucagon) have been somewhat ignored. A heightened interest in the regulation of glucagon secretion became apparent when T2D patients treated with Sodium-Glucose Co-Transporter-2 (SGLT2) inhibitors presented with increased plasma glucagon levels and EGP, a phenomenon that later attracted attention to the heterogeneous expression and function of SGLT2 in human alpha cells (Bonner et al., Nature Medicine 2015; Saponaro et al., Diabetes 2020). This concerning side effect, in a patient population already affected by hyperglucagonemia, prompted us to investigate whether the glucagon-lowering actions of the glucagon-like peptide 1 receptor agonist liraglutide could reduce the glucagon over-secretion induced by the SGLT2 inhibitor dapagliflozin. Indeed, we found that dual treatment with dapagliflozin and liraglutide
produced a sustainable reduction of glycemia compared with each drug alone. Moreover, liraglutide reduced dapagliflozin-induced glucagon secretion via somatostatin release, without any significant change in insulin secretion from human beta cells in culture (Saponaro et al., Cell Reports, 2019). By contrast, native GLP1 induced insulin secretion at low picomolar concentrations under the same experimental conditions.
Unexpectedly, we found in vivo in mice that the effects of liraglutide on insulin secretion were regulated by the central nervous system (unpublished data). Together these findings revealed that human islet cultures represent a valuable commodity to complement studies in vivo to obtain an overall view of the several potential mechanisms of these drugs.