Maturity-onset diabetes of the young (MODY) represents an autosomal dominant genetic form of diabetes, coined by Tattersall and Fajans in 1974 as having one or more variations in a single gene . MODY is initially characterised by fasting hyperglycaemia, often diagnosed in children or young adults. Currently, MODY accounts for 1–5% of all individuals with diabetes, and at least 14 distinct subtypes have been reported to date. Heterozygous mutations in the gene encoding hepatocyte nuclear factor 1-alpha (HNF1A) cause the most common form of monogenic diabetes, known as HNF1A-MODY. This form of MODY is highly prevalent in populations with European ancestry (>70%) and is more frequent than previously thought. Approximately 95% of individuals with HNF1A-MODY are misdiagnosed as either type 1 diabetes or type 2 diabetes, thus revealing a lack of physician awareness and/or access to genetic testing . Early diagnosis is critical since HNF1A-MODY affects 50% of children born to a mutation carrier, and penetrance is often above 90%, such that three or more generations are usually affected. 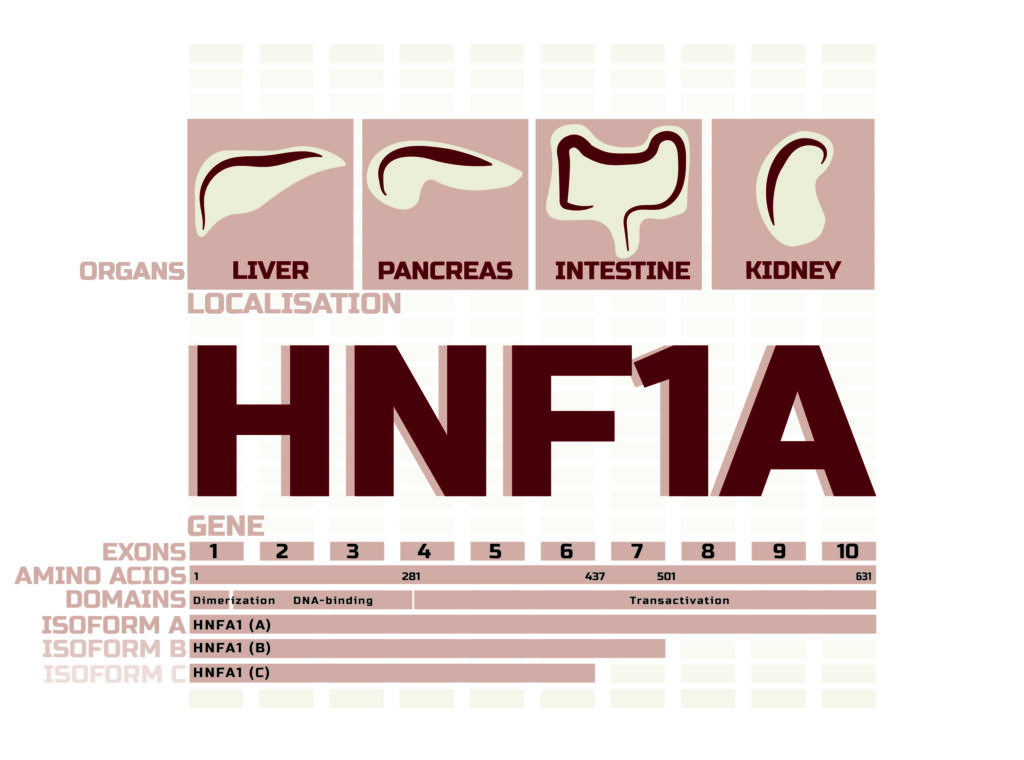